Nick Owen • January 24, 2006     Account fraud is frequently the result of single-factor (e.g.,ID/password) authentication exploitation. As a result, the FFIEC is now urging financial institutions to deploy multi-factor authentication and assess the adequacy of their authentication techniques in light of new or changing risks such as phishing, pharming, malware, and the evolving sophistication of compromise techniques. The guidelines are definitely a step in the right direction. However, guidelines are just guidelines and a bank's goal should be secure online banking. Consider this: the appendix to the FFIEC guidelines lists one-time password scratch cards as a means of stronger authentication. However, phishers have already successfully attacked a bank that uses that system, forcing a 12 hour shutdown of their online bank.

Financial institutions should strive to provide their customers with a consistent, secure process of authentication that minimizes potential avenues of attack, especially attack vectors beyond the control of either the user or the bank.

Understanding the types of attacks that can occur is a requirement for deciding what authentication mechanisms are needed. There are two main attack vectors discussed: man-in-the-middle attacks and malware.

The vast majority of attacks are Man-In-The-Middle (MITM) attacks. Phishing is email calls-to action to get users to fake MITM websites. DNS-cache poisoning attacks a DNS server somewhere between the user's computer and the server to misdirect users to a fraudulent website.

Malware is malicious software that captures and forwards private information such as ID's, passwords, account numbers, and PINs. Keystroke loggers log keystrokes and send them back to the author for later use. Many activate only when a user types in specific information, such as a bank site URL. Time-bound, one-time passcodes thwart keystroke loggers, as they would be used or expired before the attacker gets them.

Another method, as developed by WiKID Systems, uses a hash of the server certificate stored on the authentication server. When the user requests an OTP, the hash is also sent to the token client. Before presenting the user with the OTP, the token client fetches the certificate from the web site, hashes it and compares it to the retrieved hash. If the hashes match, the URL is presented as validated and the default browser is launched to that URL. This method leverages the security and investment in SSL certificates and provides a consistent session and mutual authentication method to the user.

Even with both session and mutual authentication methods strengthened, a session hijacking trojan could empty a bank account. For this reason, transaction authentication is recommended. Transactional authentication is equivalent to digitally signing a transaction and it can be accomplished with an OTP. For example, when a user wishes to make a suspicious transaction, such as a one-time, large payment to a new payee, they should enter a second one-time passcode to validate the transaction. It is important, as mentioned previously, that the transactional authentication be cryptographically distinct from the session authentication mechanism or the attacker will try to get the user to re-authenticate for the session. This requirement highlights a key difference between shared-secret systems and public-key systems. A public key system can support multiple authentication servers with no reduction in security. One public key pair can be for sessions and another for transactions or a user could have more than one key pair on separate devices. For example, they might have a session token on their PC and a transaction token on their cell phone.

Account fraud and identity theft are frequently the result of weak authentication. Although the complete mitigation of risk is unrealistic, financial institutions can effectively maintain the integrity of online banking with stronger authentication. The key threats are MITM attacks, keystroke loggers and session hijackers. By employing session, mutual and transactional authentication tools on the front-end, web application security can be significantly improved. Using back-end fraud detection mechanisms to detect potentially fraudulent transactions that might slip through the front-end can further reduce fraud. There is no reason why online banking cannot be as secure as credit card transactions. Fraud can be reduced to a level where it does not impact the average user and can be covered by insurance. 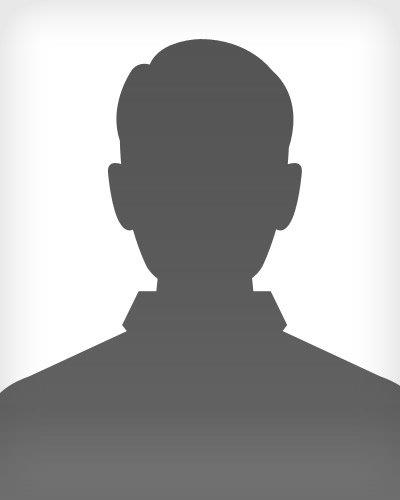 Nick has been involved with Internet start-ups since 1994 when he co-founded Interweb. He has subsequently joined Derivion (now part of Metavante, where he was Chief Operations Officer), and co-founded iTendant, Inc. (now part of Abrahms Industries (ABRI) in August of 2000. iTendant was purchased by Abrahms Industries (ABRI) in late 2003. Currently, Nick is the CEO of Wikid Systems, Inc., a company that offers a groundbreaking new approach to strong authentication. WiKID Systems is the first company to utilize wireless devices and strong encryption as a cost-effective means of strong authentication. Nick earned his undergraduate degree in history from the University of Virginia. He also holds an MBA in finance and real estate from the University of Georgia.

Respond to Fraud in Milliseconds

Combatting Rogue URL Tricks: How You Can Quickly Identify and Investigate the Latest Phishing Attacks