Approov has landed a new CEO to help the mobile security upstart expand in the United States and capture more healthcare and financial services customers.

The Silicon Valley-based company has captured high-profile European customers such as BMW from its development center in Scotland and now wants to land notable U.S. organizations in the automotive, financial tech, healthcare and social media spaces, says Ted Miracco, who started as CEO of the 25-person company Dec. 1. Miracco replaces David Stewart, who led Approov since its founding in 2003.

"European companies tend to look to European suppliers, and U.S. companies look to U.S. suppliers," Miracco tells Information Security Media Group. "There's opportunities for growth on a worldwide basis, but I would like to see more investment in the U.S. and more rapid growth in the U.S. space."

From Code Obfuscation to API Connections

Approov has grown its business by 35% in 2022 and currently generates half of its revenue from Europe, 30% from the U.S. and 20% from Asia-Pacific, according to Miracco. He would like to see the U.S. account for 60% of Approov's sales going forward given its embrace of new security technology and appetite for robust cyber spending.

Approov competes with larger vendors such as Appdome, Zimperium and Verimatrix in the mobile security code obfuscation space as well as vendors such as Salt Security around protecting back-end API connections, Miracco says. By defending both the back-end API as well as the mobile app itself, Miracco says Approov is able to prevent man-in-the-middle attacks and ensure keys aren't being pulled out from the app.

The company has enjoyed success in reaching European customers via channel partners and wants to replicate that model in North America by hiring more application engineers and channel marketing managers, Miracco says. Approov also plans to bring on more folks with industry-specific knowledge in the verticals where the company intends to expand its footprint, according to Miracco.

He believes Approov could do more in the social media space to stop fake accounts and fake bots that are attempting to artificially promote a message. Government agencies also present a robust opportunity for Approov given the volume of recent hacks against government-operated mobile apps, Miracco says.

European governments have deployed technology such as Approov's to safeguard their apps, and Miracco hopes to bring on dedicated staff with knowledge about selling into the government sector to bring relationships with agencies such as the U.S. Centers for Disease Control. Miracco intends to boost Approov's headcount from 25 workers today to 50 employees by late 2024 by hiring in sales, marketing and R&D.

From a technology perspective, Miracco says Approov has a very powerful cloud-based back-end system that allows the company to analyze all of the threats and attacks affecting the company's clients. Going forward, he says Approov wants to do a better job publicizing that and letting customers know what malicious activity the company's technology has shut down or prevented.

The system can give customers a clear picture of what threats are coming in from both a geographic and attack-type perspective, according to Miracco. Continuing to grow top-line revenue and generating more data for customers around the impact of Approov's technology are his top priorities, he says.

"Complex technology is often very hard to sell and to articulate to the marketplace. So there will be a lot of focus on the messaging, on partnerships and on channel relationships to really accelerate the growth of the company."

A Stress-Free Roadmap to Application Modernization 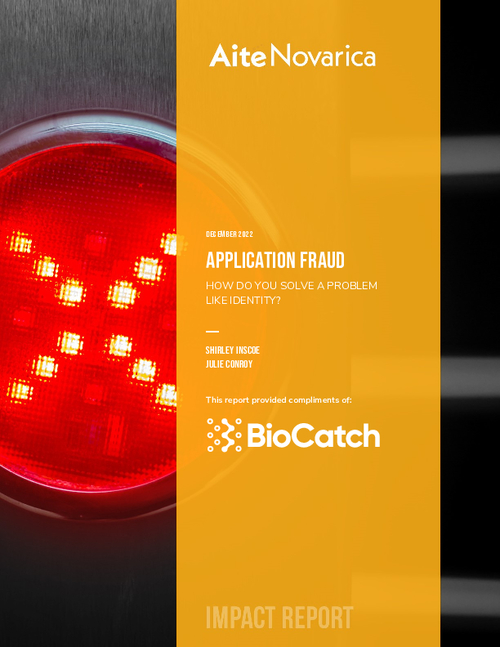 Application Fraud: How Do You Solve a Problem Like Identity